Movie Review: Where have TV movies gone like Where Have All the People Gone? 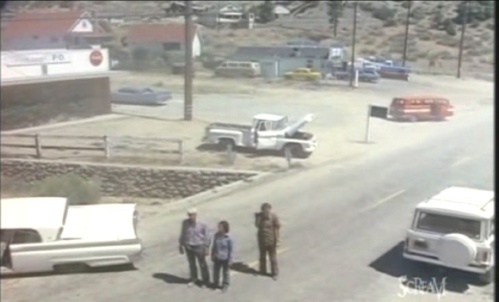 A few years ago, when streaming services like Netflix and Amazon Prime started commissioning original movies for their platforms, it was big news, but it’s really just a sign that they are becoming more like the big TV networks they are slowly replacing.

There was a time that American networks like ABC, CBS and NBC spent money not only on recurring series, but also on original films to attract audiences to their movie-of-the-week programming. While the budgets of these films paled compared to the blockbusters put out by Hollywood, they were a lot cheaper to produce than paying for first broadcast rights to movies that had finished their theatrical run. The networks would still shell out for those movies when they needed the ratings, but they were special events and the rest of the time was filled with made-for-TV fare like Where Have All the People Gone?

It’s a surprisingly entertaining, post-apocalyptic story of a clean-cut, All-American family that must navigate a scary world that has been upended by some sort of calamity. While digging for fossils in a cave in the High Sierras of California during their summer vacation, mom has to drive back to Los Angeles in order to fly off to a meeting in Oakland.

The next day, they are digging in the cave, when there’s a strange flash of light in the sky and an earthquake. They emerge from the cave to find their guide, who had seen the flash, become suddenly sick. They try radioing for help, but all they hear is static. The guide gets progressively sicker and they start hiking out with him, but he dies along the way. When they dig a hole to bury him, they find that his body has turned to white powder.

That sets up the rest of the movie which has Dad and his two teenage children try to make their way back to L.A. in an effort to find their mother. The story then becomes a hero’s journey as they venture from the mountains back into society, encountering people along the way that either help or hinder their quest.

The father is played by the always laconic Peter Graves who is perfect as the all-American Dad with his great head of grey hair and his unflappable demeanour. His eighteen-year-old son is ably played by George O’Hanlon Jr., an actor who has many credits to his name, but mostly as minor roles in TV shows like his appearance as a transporter chief in one episode of Star Trek: The Next Generation. The younger daughter is a more sympathetic character portrayed by Kathleen Quinlan who went on to play in numerous Hollywood films, most notably as an astronaut’s wife in Apollo 13 for which she earned an Oscar nomination for best supporting actress.

As I watched this, there was one scene where they encounter a woman who has been traumatized by what is happening. For much of the movie, she doesn’t speak and there is a scene where she takes a doll from the daughter and holds it close. It triggered a memory in me that made me realize that I had seen this movie already, possibly when it first ran in 1974 or maybe later during some late-night re-run.

Reading others’ reactions online, what’s interesting to note is how many people have memories of watching this movie in the 70s, but forgetting its name and only now rediscovering it thanks to the wonders of the internet. A common thread among their comments is what a powerful impression the story left on them, especially those who had seen it at a younger age.

I think it’s because the story and the performances are believable and relatable. The Dad is there to protect his kids and to navigate this strange and dangerous new world. He doesn’t become some kind of amped-up hero, shooting bad guys and performing impossible feats. Other characters they meet along the way are guided by their own fear. Some act with decency towards each other, while others are motivated by greed or self-preservation.

One of the ongoing mysteries throughout the film is what caused this disaster. There was a bright flash and earthquakes. Are these clues that it was some kind of nuclear attack or accident? During the height of the Cold War, these were common fears and they add to the dread you feel as the family makes its way home in a seemingly abandoned world.

Interestingly, the disaster is caused by something else, something that those of us who are living through Covid-19 could relate to. At least this movie had an upbeat ending. Let’s hope that the story of our pandemic times also does.

Want to step back to 1974 to watch the movie of the week? Check it out here:

Where Have All the People Gone?