Movie review: Travel back in time with The Yesterday Machine 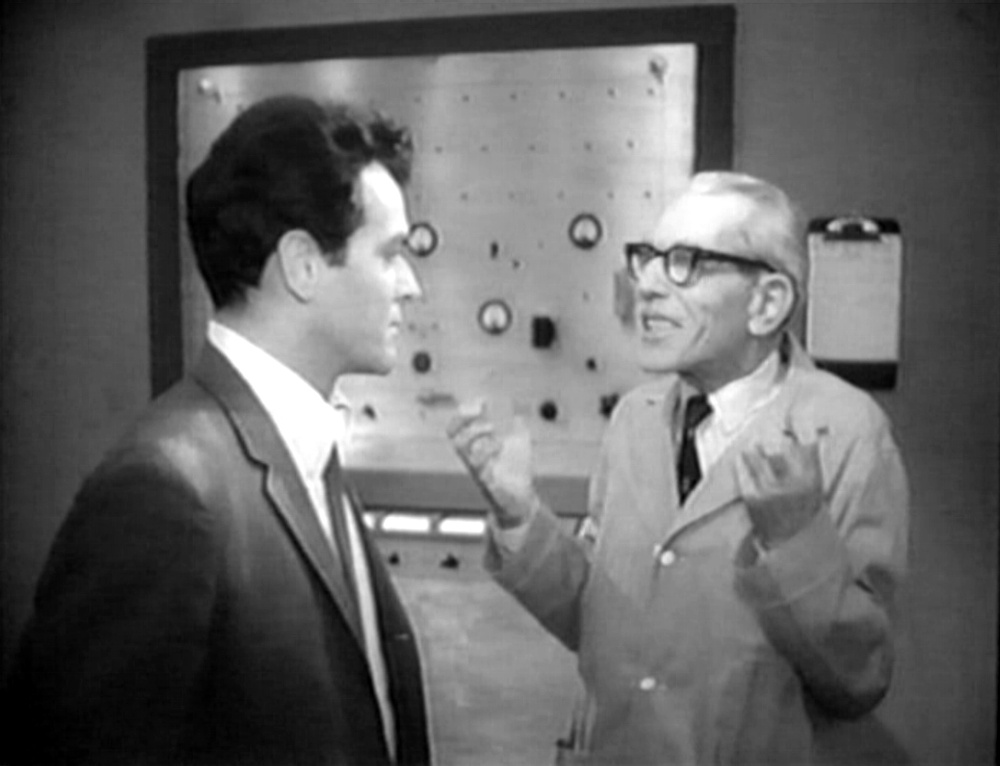 If you had a time machine, would you go back to kill Hitler? Probably, but what if you were a Nazi? Chances are you’d be more intent on going back in time in order to ensure that the fuhrer was safe and that Germany won the Second World War.

That’s essentially the premise of The Yesterday Machine, a low-budget 1960s movie that has a slick newspaper reporter chancing upon a Nazi scientist building a time machine to rewrite the ending of the war.

I’ve got to admit that I was captivated by the opening shot of this movie that featured a comely majorette twirling a baton to the beat of a hip rock & roll tune while her boyfriend tried to revive their broken-down jalopy. The pair go looking for help when they stumble across a pair of Confederate soldiers who start shooting at them. The boy is wounded and becomes separated from the girl. He’s found, taken the hospital and spins his weird tale to the investigating police and the doctor, who extracted a Civil War-era mini-ball from the lad.

Our reporter hero, coolly played by James Britton in his only credited film appearance, hits up the detective leading the case, In a leap of logic that would be even more incredible than something Sherlock Holmes could come up with, conveniently recalls his time serving as an American soldier in the war. They liberated a concentration camp in Germany and found strange equipment that was aging young prisoners so they appeared decades older than they should be. He remembered the name of a missing Nazi scientist, the evidence of the Confederate soldiers and pondered whether time travel was involved.

The detective was played by Tim Holt, a long-time Hollywood actor primarily known for his roles in Westerns who appeared in such classics as Stagecoach, The Treasure of the Sierra Madre and The Magnificent Ambersons.  This would be his penultimate role before his death, but you couldn’t call it a memorable one.

Our hero connects with the missing girl’s sister, a cool, blonde nightclub singer portrayed by Ann Pellegrino in what is also her only film role, so they set out to find the girl and find out what happened.

While I wouldn’t consider the cinematography to be inspiring, I did appreciate the musical soundtrack which featured a jazzy score of upright bass and boisterous bongos. It was crazy, daddy-o!

Whenever I watch something from a different era like this, I also wonder about some of social norms of the time that just wouldn’t fly today. For example, when did we stop slapping women in the face when they got hysterical? Did people ever do that or was it just a movie convention?

Eventually, the couple encounter the crazed Nazi scientist and his time machine. He’s Professor Von Hauser and he’s the highlight of the movie. Played by Jack Herman, an obscure character actor with just a handful of roles to his name, Von Hauser chews up the scenery every second he’s on screen. There are lots of clenched fists and the rantings and ravings of your classic mad scientist, made all the more crazy because he’s a humiliated Nazi.

“If only we had time for more experiments!” he screams, at one point, lamenting Germany’s surrender. It made me wonder that if he had a time machine, wouldn’t he have already been able to go back in time and correct that? Never mind, the movie must go on.

Ultimately, our protagonists are rescued by the police detective who not only kills the professor, but destroys the time machine.

“Hydrogen bombs are enough for people to worry about,”  he says. “Yesterday should be left alone because today the world has enough problems just trying to make sure we’ll have enough tomorrow.”

Profound, but wouldn’t it have made more sense to use the time machine to go back and kill Hitler?

Want to watch the Yesterday Machine for yourself? Here it is: