Movie Review: The Horror at 37,000 Feet is not so horrible 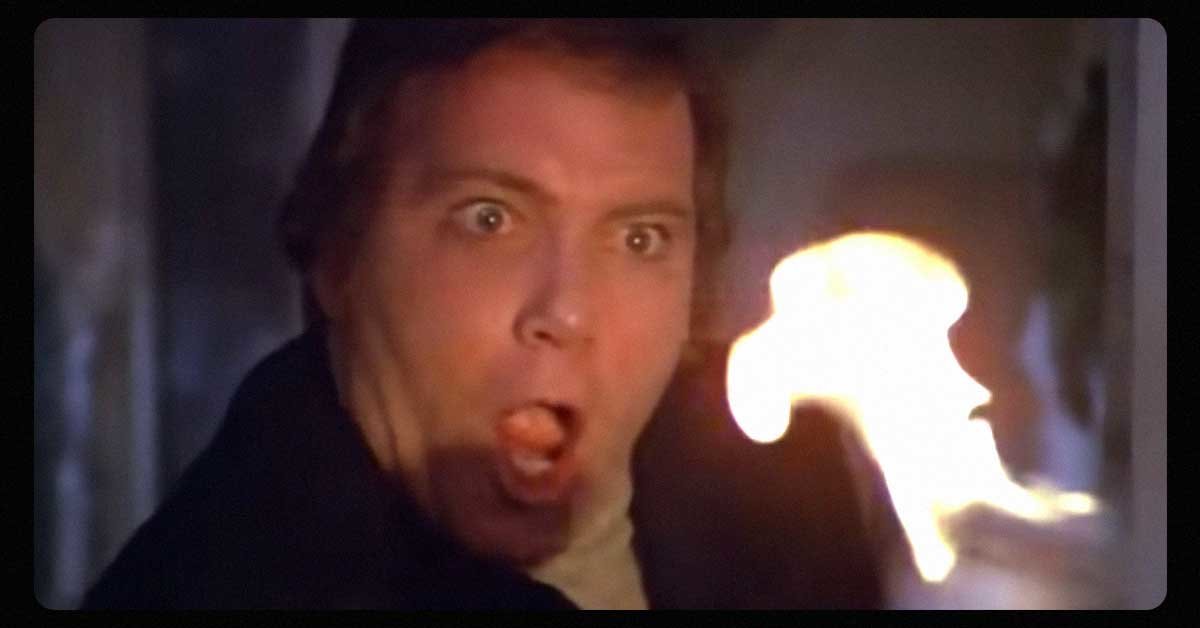 For viewers of a certain age, it’s not the supernatural monsters in The Horror at 37,000 Feet that will be unbelievable, but the spacious and glamourous look at life on airplanes pre-9/11 that will seem improbable.

Aired as a made-for-TV movie in 1973, this film is an entertaining time-waster that has a star-studded cast of familiar faces from the small screen including Star Trek‘s William Shatner, Roy Thinnes of The Invaders, Chuck Connors from The Rifleman and Buddy Ebsen of The Beverley Hillbillies, among others.

Suspense movies set on planes follow a familiar formula with a motley array of characters from different walks of life having to band together to survive whatever danger they are facing them all while confined in a flimsy metal tube hurtling thousands of feet above the ground. Usually the threat is man-made, like a mechanical fault on the plane, terrorists or even escaped snakes, but this story features something a little more other-worldly: the spirits of long-dead druids.

The fun begins when Roy Thinnes, who plays a wealthy and successful architect, hires a jumbo jet to transport an medieval chapel that once stood on his wife’s ancestral home in England in order to erect it on their property back in the United States.

Because Thinnes has hired this special flight, it’s not on the airline’s regular schedule so only a handful of passengers from the public book seats on the plane. As the movie moves along, we are introduced to the different characters who are all as different from each other as you can imagine. There’s a cowboy movie actor who’s been making spaghetti westerns in Italy, a rich businessman, a model, a doctor, a young girl and an ex-priest along with some wives and girlfriends. Added to those are the flight attendants and the cockpit crew.

Another element of the movie that added to my enjoyment was the setting with the groovy airplane interior and its 1970s colour scheme, huge seats, in-flight bar, in-flight cigarettes and mini-skirted flight attendants. Those days are long gone and it’s a wonder they ever existed.

Things start getting weird when the architect’s wife starts hearing ghostly voices calling her name while she’s trying to listen to music with headphones on the in-flight entertainment system. For a brief moment, she’s babbling in Latin and acting as if she’s possessed. The Latin attracts the curiousity of Shatner, who plays a former priest.

Strange things are happening in the cargo hold and a flight attendant who goes to investigate finds that it’s freezing cold down there and the crew believes that there might be a hole in the fuselage that’s leaking atmosphere. When the pilot and flight engineer investigate, the spirits attack them and the engineer is frozen to death. The captain barely escapes and begins emergency measures to turn around and bring the plane back to London.

As the drama escalates, we learn that it’s the summer solstice which is probably not an opportune date for transporting chapels, especially those that once stood on the site of Druidic sacrificial altars.

While The Horror at 37,000 Feet might feature a ludicrous plot and bad special effects, its biggest attraction is surely the satisfying cast of TV talent all of whom do their best to bring the characters to life, despite the fact that they’re all stereotypes. The standouts are probably Paul Wifield’s posh doctor and Shatner’s alcoholic priest.

While we may be living in a golden age of dramatic television, there’s something to be said for the charm of made-for-TV movies like this one that once filled broadcast schedules with reliable entertainment for all ages and interests.

Ready to watch The Horror at 37,000 Feet? Buckle in and enjoy the ride!