Movie Review: Star Trek Renegades is only for the most die-hard Trek fan 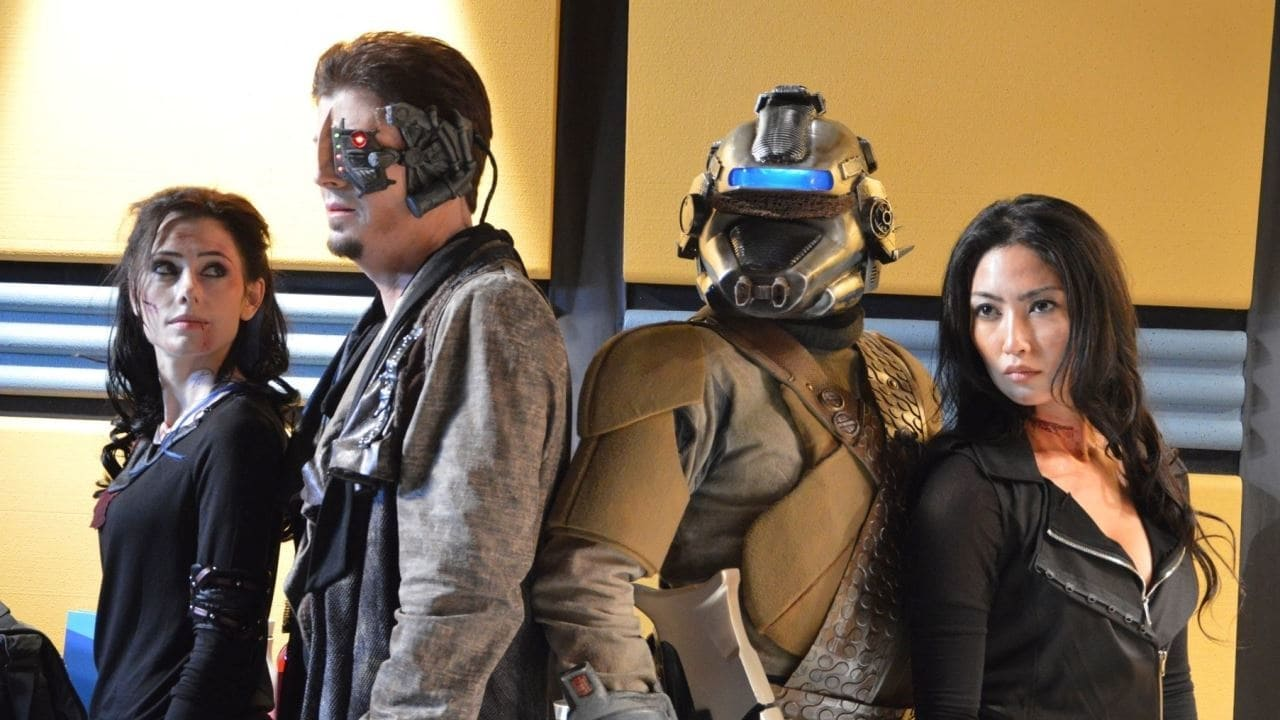 I was looking forward to mocking the “fan” movie Star Trek: Renegades, but was pleasantly surprised that it wasn’t total crap and, despite its rough script, mediocre acting and low budget, it wasn’t worse than the worst episodes from the franchise. In fact, I was kind of struck by some of the similarities with the recent Star Trek: Picard series as they both feature a band of nefarious types operating outside of Starfleet regulations in order to combat a threat to the Federation that might be part of a conspiracy that features people within their respective hierarchies.

While this is ostensibly a fan film, it was made on a budget of more than $300,000, which was mostly funded by crowdsourcing, and stars a number of Star Trek alumni who reprise some of their iconic roles from the series including Walter Koenig as Admiral Pavel Chekov and Tim Russ as Tuvok. Russ actually directed the movie, so that makes you wonder just how much of a “fan” film this really seeing that it has Hollywood professionals working on it and a budget which, while not high, is considerably more than a couple of maxed-out credit cards. Maybe it’s more realistic to call this a low-budget, indie film.

Other Trek alumni that make an appearance are Robert Picardo who plays Dr. Lewis Zimmerman, the developer of the Emergency Medical Hologram program which bears his likeness, and his love interest, Dr. Lucien, played by Sean Young of Blade Runner fame. There’s also Manu Intiraymi who reprises his role as former Borg, Icheb, and a number of bit players and newcomers such as Adrienne Wilkinson who plays Captain Lexxa Singh, the leader of the Renegades and a direct descendant of Khan Noonien Singh. Another notable character is Jaro Ruk, a trigger-happy, former Bajoran freedom fighter who is reminiscent of the crazed Bajoran security officer on the USS Ceritos in Star Trek: Lower Decks.

The plot, in brief, features a bad guy who is able to make entire planets disappear, starting with two major dilithium-producing planets, then threatens to use that technology on Earth itself.  Because the plot might involve traitors inside the Federation and Starfleet leadership, a band of plucky renegades is assembled to investigate and fight the threat.

The story moves along at a pace that’s brisk enough that it keeps your attention, although at 90 minutes, it’s a tad long and might have worked better within the 50 minutes of a traditional Star Trek episode. The film’s biggest strength is its space battle scenes which are remarkably well-done thanks to some decent CGI effects and even its shoot-em-up sequences are fairly effective thanks to some decent film editing. Sound and music are also good quality so the final product as a movie is of something that is quite well polished for such a low budget.

Where it falls down is with the script and the acting performances, although I imagine the two are highly connected. It’s a step above dinner-theatre level, but not by much. Some of the alien costumes and low-budget sets are also kind of dodgy, but science fiction fans are a forgiving bunch so Renegades won’t lose too many marks on that front.

For Star Trek fans, the movie came out at a time when there was no other Star Trek on TV (2015) so the chance to see some of their beloved characters, no matter how minor, was a welcome treat. Today, we are awash in Star Trek so Renegades will only be of interest to the most die-hard Trek fan.

The bigger test would be whether someone who knows nothing about Star Trek and its Byzantine lore be able to enjoy this movie. I have my doubts.